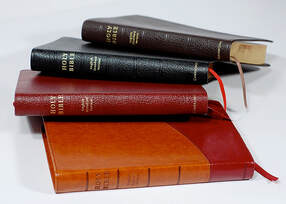 I was reading in the book of Proverbs when I was struck by the following verse:

“Scornful men bring a city into a snare: but wise men turn away wrath.” - Proverbs 29:8

I can’t think of a more clear assertion that describes the cause and cure of lawlessness in the major cities of America.
We are witnessing the demise of great cities across this country because “scornful” men and women are in control (governors, mayors, councilmen, etc.). They are persons of scorn, disrupters lacking good common sense governing, advancing their own selfish agendas and ideals. Because of their lawlessness and wicked ways their cities for which they are elected and sworn to govern righteously and according to law are burning to the ground.

A city left without enforcement of duly established law and order will continue to implode. It will cave in on itself leaving rubble in its wake. There will be riots, looting, burning, destruction of property, chaos, murders, just to list a few. Why? Because “Scornful” people are in control.

Furthermore, if this is left unchecked it will spread like a cancer to other cities and locales, just as we are now witnessing. Eventually it will destroy the entire country. People will continue to carry out their evil ways because there is no recourse, no enforced penalties, and no respect for law and order. “... but every man did that which was right in his own eyes.” -Judges 17:16

On the other end of the spectrum we find that “wise men”, those men and women who rule wisely and prudently according to established law and order will “turn away wrath” instead of exciting it. They will govern with care and common sense. When the law is broken they will, as Barney Fife would say, “nip it in the bud”! They will not let it escalate into mob rule.

So what can we do? Pray and replaced those leaders who are willfully neglecting their duties. We the people pay their salaries and should fire them all and elect “wise” leaders in their place. It’s up to the American citizens to take interest and urgently respond before the “scornful” ruin what many have fought and died for to preserve for us and future generations. Make your voice be heard by voting.